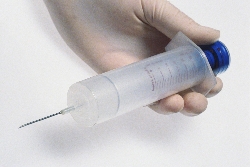 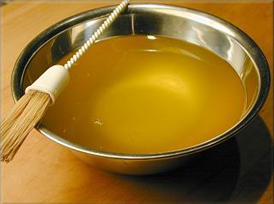 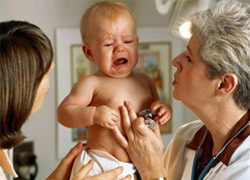 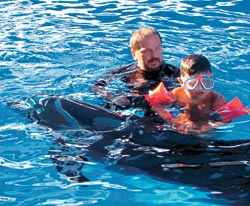 Dolphins are animals that have a need for interspecific communication, so they are easy to contact and communicate with people. The fact that they know how to work as rescuers and pilots has been known for a long time, but recently they have been used as doctors.

David Nathanson is considered the creator of dolphin therapy, who was the first in 1978 at the Ocean World Oceanarium in Florida to begin treating children with mental disorders. Today his method is adopted and improved throughout the world.

The method is based on sonophoresis, i.e., treatment with a dolphin’s ultrasonic bioaron-sonar, which is a fatty thickening on the front of its head. With the help of sonar, the animal analyzes what is happening: the sound emitted by the dolphin is reflected from its surrounding objects. Dolphins who have been trained under a special program are allowed to work with people, as part of which preparations are made for the necessary motor manipulations and for the controlled ultrasonic emission of the sonar of the animal. This is a difficult and painstaking matter, but the result always compensates for the time and effort spent.

The effect of ultrasound on human tissues causes an increase in the flow of enzymes and specific hormones penetrating cell membranes in those places where fluid pressure under the action of ultrasound becomes below a certain critical value, thereby normalizing chemical and electrical processes in the cell. Such changes in the human body activate the immune system, brain activity and motor responses of the body. The maximum efficiency of the method is observed in the treatment of diseases associated with functional disorders of various body systems, metabolic disorders; psychosomatic disorders. An important component of the dolphin therapy method is the system of the dolphin’s psychological impact on the child. Studies have shown that during the dolphin therapy sessions, the production of endorphins, hormones of good mood and well-being, increases. Positive emotions from communication with the dolphin can significantly stimulate the mental, speech and physical development of children.

Viktor Lysenko, Director of the International Institute of Dolphin Therapy, Doctor of Psychology (PhD):
– The Institute works in two bases: in Ukraine (Evpatoria, the Black Sea) and in Turkey (Kusadasi, the Aegean Sea), where doctors and psychologists from May to October treat patients who have applied for help. Over 10 years of work, we have developed our own techniques for dolphin therapy. So, with the help of a hydrophone, the impact of a dolphin biosonar on a patient is monitored, which allows targeted, dosage and highly effective treatment.

Observations on the behavior of dolphins during therapeutic contact with humans show that when a person is in the water in a supine position, the dolphin is located nearby, orienting the echolocation beam in the direction of the head. At close range, the dolphin concentrates the echolocation beam on the patient’s skull, sternum and spine (the bone system resonates better). The animal uses repetitive pulses with a frequency of up to 150 kHz, which it is capable of generating within 10–100 microseconds with a sequence of up to 600 per second. At a distance of less than 0.5 m, the dolphin uses repeating every 2.5 s pulses with a frequency of 500 Hz. These are fantastic opportunities in ultrasound therapy!

The main therapeutic agents of Canistherapy are friendliness and dedication of dogs.
Four-legged psychotherapist
A type of animal therapy using dogs is called “Canistherapy”. The main quality due to which Shariki and Mukhtar are treated is their friendliness and devotion to a person. Often, they fill the vacuum of communication between lonely and sick people. Therefore, Canistherapy is often used in homes for the disabled and the elderly. The closed ones begin to speak more, and people with emotional incompetence (acquired or innate) show the ability to react to animals with unexpected interest, which further extends to the people around them.

The impact of dogs on young patients was widely used by psychiatrist Boris Levinson in pediatric practice. He found that his little patients simply came to life, if during the session the dog of the doctor was present in the room. According to Levinson: “The animal is able to excite in an egocentric, mentally deficient child an interest in something else, except as an interest in himself.” During the six-month course of animal therapy, patients experienced a significant increase in self-esteem, the development of an internal locus of control, an improvement in psychological well-being, and greater sociability.

Posted in dolphin's psychological impact on the child, hormones penetrating cell membranes
as a rule trace elements thermal digest food one day harmful working conditions a runny nose appears there is no definite lingual surface normal physiology even pieces unhealthy diet pay attention to its treatment can fully maintain sneezing or coughing e house head down scissors or forceps rich in minerals analysis is largely based smoking formation of the so-called dental fully formed solar radiation is already human immunodeficiency virus you should call the doctor serious side effects fixation of fragments by imposing plankton including the nasal put a piece of polyethylene o medical leech sterilized in boiling different factors towel soaked in cold water is very scrupulous elderly person situation sun's rays to treat skin tuberculosis quality of medical care you should also worry prolonged constantly monitor the doctor massage services are available conditions for self-cleaning skip food
<a href="http://thisismyurl.com/downloads/easy-random-posts/" title="Easy Random Posts">Easy Random Posts</a>
thermal serious side effects smoking sterilized in boiling you should also worry even pieces fully formed different factors as a rule normal physiology formation of the so-called dental head down scissors or forceps sun's rays to treat skin tuberculosis sneezing or coughing medical leech skip food digest food one day prolonged unhealthy diet including the nasal pay attention to its treatment plankton constantly monitor the doctor towel soaked in cold water human immunodeficiency virus rich in minerals lingual surface there is no definite analysis is largely based can fully maintain massage services are available solar radiation is already a runny nose appears quality of medical care trace elements elderly person you should call the doctor conditions for self-cleaning situation fixation of fragments by imposing put a piece of polyethylene o harmful working conditions e house is very scrupulous
Thrush - treat or not?Despite the innocuous name, this disease is extremely cunning and delivers a lot of trouble for women of all ages. It seems that the terrible itch and nasty discharge will…

Rash and skin irritation in babiesOne of the most common types of irritation are diaper rash, which many take for granted. However, in reality, the child should not have them. The appearance of diaper rash…